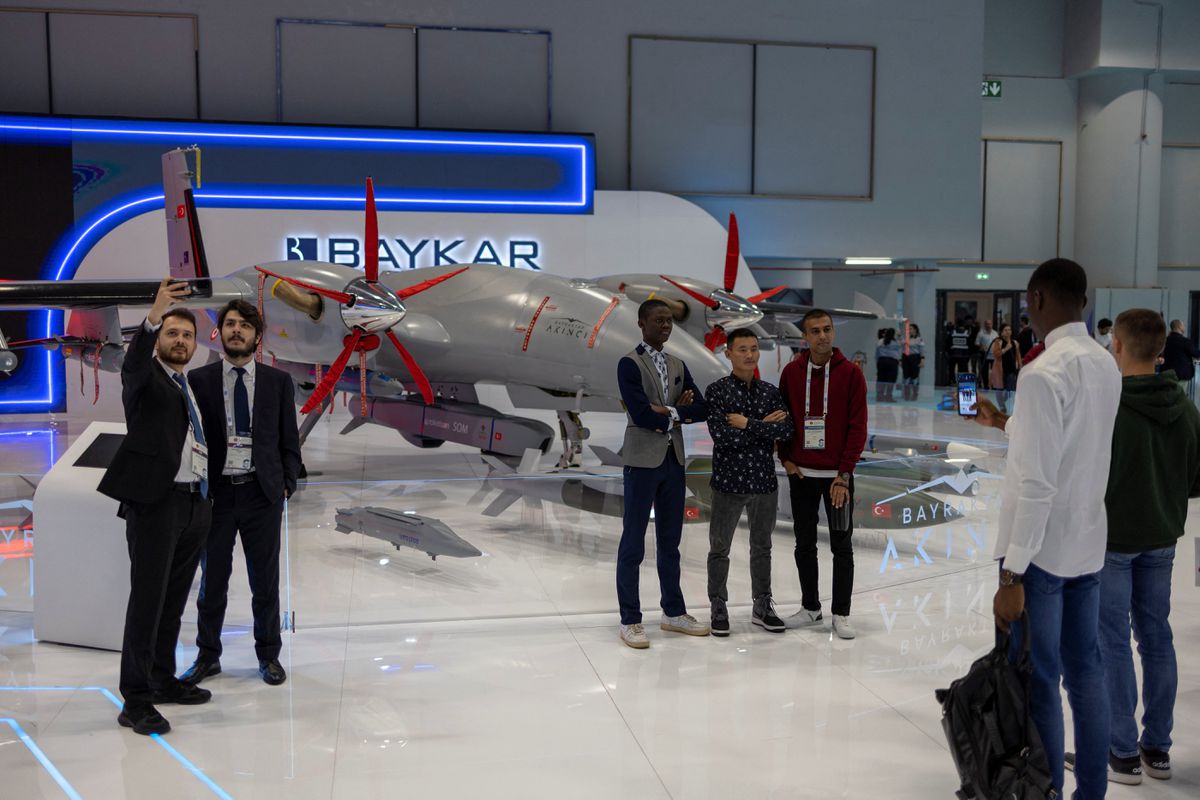 Turkish defence company Baykar is planning to complete the construction of its manufacturing plant in Ukraine in two years, its chief executive said on Thursday, after the company became highly renowned for their drones' success in thwarting Russian forces.

The aerial drones supplied to Ukraine by Baykar were instrumental in Ukraine's defense against Russian armour and anti-aircraft systems in the first few weeks of the Russian invasion.

Its Bayraktar TB2 drone gained so much prominence with the public that Ukrainians composed a song about it and some allies launched unprecedented crowdfunded campaigns to buy more.

As part of an agreement between Turkey and Ukraine, signed just before Russia's Feb. 24 invasion, Baykar had agreed to build its second manufacturing plant in Ukraine.

CEO Haluk Bayraktar told Reuters on Thursday that plans were moving ahead despite some obstacles created by Russia's invasion. "Our plan is moving ahead," the chief executive said on the sidelines of the SAHA defense expo in Istanbul.

"Right now we have architectural design. The detailed design phase is finished. And we will move ahead with construction actually... within two years we would like to finish it."

Ukraine figures prominently in Baykar's supply chain, especially with the new heavy-lifter drone Akinci and unmanned fighter jet Kizilelma, or Golden Apple, currently under development. Both use Ukrainian engines from Motor Sich (MSICH.UAX) and from Ivchenko-Progress.

Deployment of the company's Bayraktar TB2 drone has been a major factor influencing conflicts from Syria to Azerbaijan and Ukraine, pushing Baykar into the global spotlight and transforming it into a major manufacturer and exporter.

The battle-proven TB2 drone is being sold to 24 countries including NATO member Poland, while the company signed deals with five countries for exports of its much larger sibling Akinci.

While the TB2 can lift off with up to 150 kg (330 pounds) of missiles or equipment, Akinci, first delivered to Turkish armed forces last year, can fly much higher and take off with 10 times the weight.

The expanding order book is expected to net around $1 billion in export revenues this year, Bayraktar said, about 50% higher than last year's $650 million, with a further 50% growth expected in 2023.

Though Baykar is not the only military drone developer in Turkey, the TB2 has figured so prominently in conflicts that it now spearheads Turkey's global defence export push. Last year the company made up a fifth of Turkey's $3.2 billion in defense exports, according to data from Turkish Exporters Assembly.

The company will invest the revenues for expansion of production lines, Bayraktar said. "Our production capacity with TB2, we do 20 units per month. For 2023 our target is to do minimum 30 (units) a month," he said.

Research and development on the fast drone fighter jet Kizilelma, which analysts say represents significant expansion of capabilities for slow moving reconnaissance and missile carrying drones, will pick up as well, Bayraktar said.

Kizielma will be capable of taking off from and landing on short-runway aircraft carriers, with a maiden flight expected in the next few months.

The TB3, a short-runway-capable version of the TB2, is expected to finish its testing phase by the end of 2023, Bayraktar said.

The company is also expanding its focus to space technologies to complement its unmanned vehicle system. "We are now investing in space technologies... Not well established segments, but new areas where you can bring new innovative solutions," Bayraktar said.

Baykar is also investing in some companies in its expanding supply chain. "We invest in companies which bring value added items to our systems... in the field of communications, optics, network architecture," Bayraktar said.