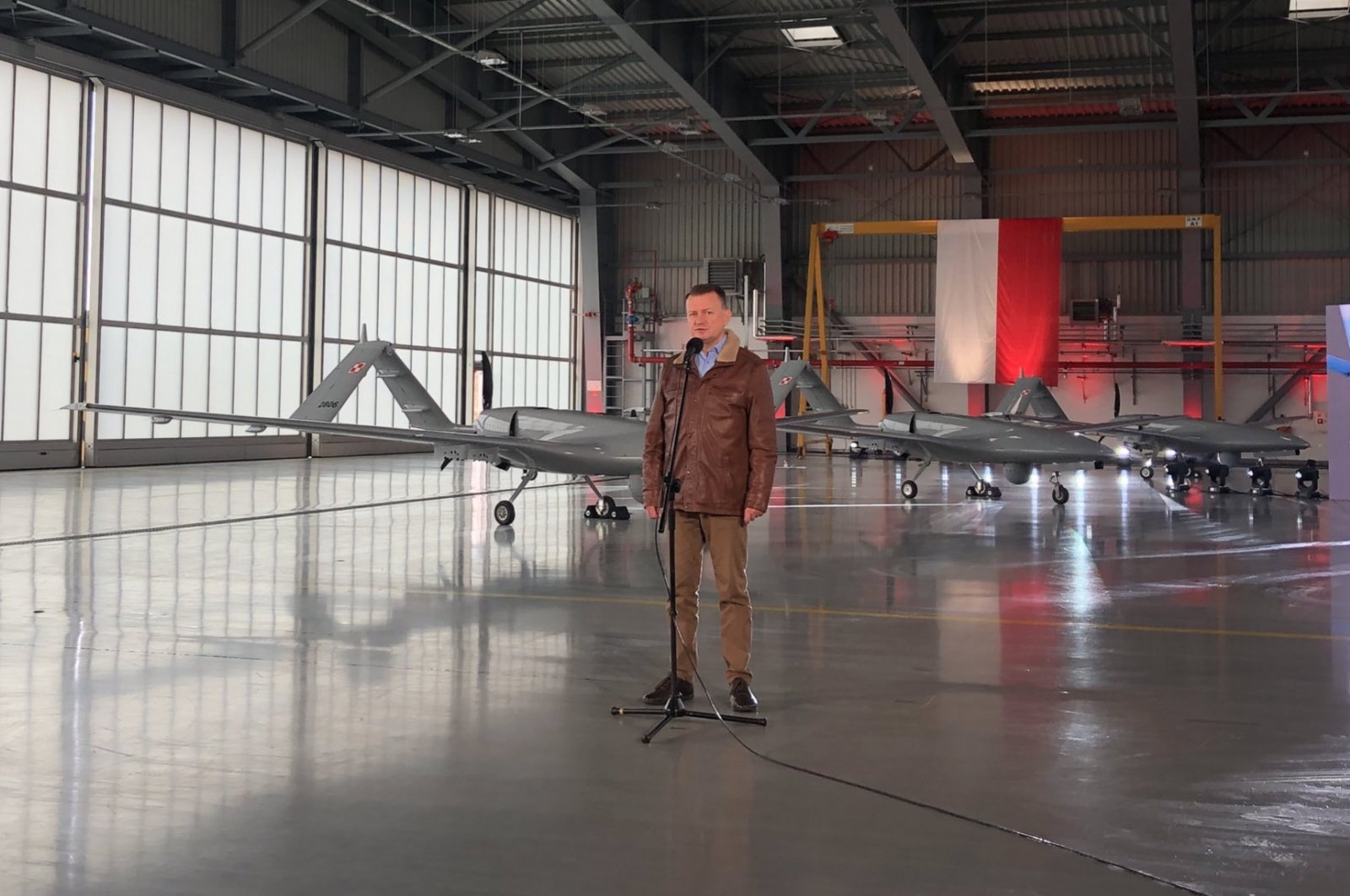 Turkish drone magnate Baykar has delivered the first batch of Bayraktar TB2 unmanned combat aerial vehicles (UCAVs) to Poland after signing an agreement back in 2021, a Baykar official said Friday.

Selçuk Bayraktar, chief technology officer at Baykar, shared that the first shipment of six UCAVs had arrived in Poland.

He was speaking at the SAHA Expo defense and aviation fair that kicked off Tuesday and runs through Friday, hosting various domestic and foreign companies.

Separately, Polish Deputy Prime Minister and Defense Minister Mariusz Blazczak said Friday: "Today, we received the first delivery of Bayraktar drones. Next UAV systems will be consistently introduced to the Polish Armed Forces. We use all means to make Poland safe.”

Speaking during a meeting with Polish soldiers, Blazczak said his country ordered the drones before Russia invaded Ukraine.

The Polish official recalled that "at that time," the country's political opposition had criticized the purchase and said they had no use for the weapon.

“What is happening in Ukraine shows that they were wrong. We were right that it is an effective weapon. This weapon, in the hands of the Ukrainians, allows to effectively defend the territory of Ukraine,” he said.

The contract to supply the Polish Armed Forces with four batches of Bayraktar TB2 UCAVs was signed in May 2021. Each of the batches includes six armed Bayraktar TB2 drones and three mobile control stations. In total, 24 UCAVs will enter the Polish military's inventory.

The contract also includes the delivery of SAR radars, simulators and a stock of spare parts as well as the delivery of MAM-L and MAM-C laser-guided missiles that were developed by another Turkish defense giant, Roketsan and used by the Bayraktar UCAVs.

The contract will provide a 24-month warranty, a training and logistics package and a technology transfer ensuring the possibility of servicing and repairing, according to Polish media.

The Bayraktar TB2 has been equipped with an avionics system enabling fully autonomous taxiing, take-off, landing and flight.