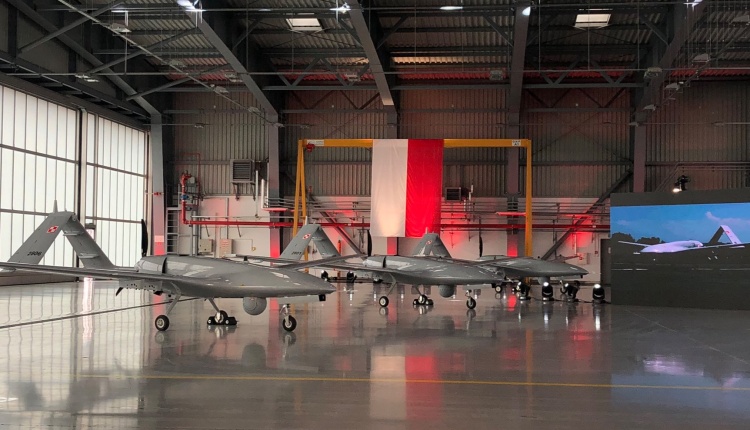 “There is no modern army without modern drones. Today marks a major stage in the Polish Armed Forces' modernization. We are starting the process of equipping our soldiers with TB2 Bayraktar unmanned aerial vehicles,” Deputy Prime Minister and Minister of National Defence said during the handing over of the first TB2 Bayraktar drones.

According to an announcement by the Ministry of National Defense, the army is to receive the first set of Turkish Bayraktar TB2 drones by the end of October. Poland has ordered four sets with a total of 24 drones capable of carrying armaments. The TB2s for Poland will be equipped with laser-guided glide missiles. The apparatus is equipped with an avionics system that allows fully autonomous taxiing, takeoff, landing, and overflight.

The 12th UAV Base in Miroslawiec (West Pomerania) today received the first set of capable Turkish Bayraktar TB2 drones. The equipment was handed over by the head of the Ministry of Defense, Mariusz Blaszczak.

The kits also include three mobile control stations, synthetic aperture radar (SAR), simulators and spare parts packages. The equipment deliveries are accompanied by training and logistical support. The transfer of technology necessary to repair engines, ground control stations and cameras in Poland is also planned. The equipment comes with a two-year warranty.