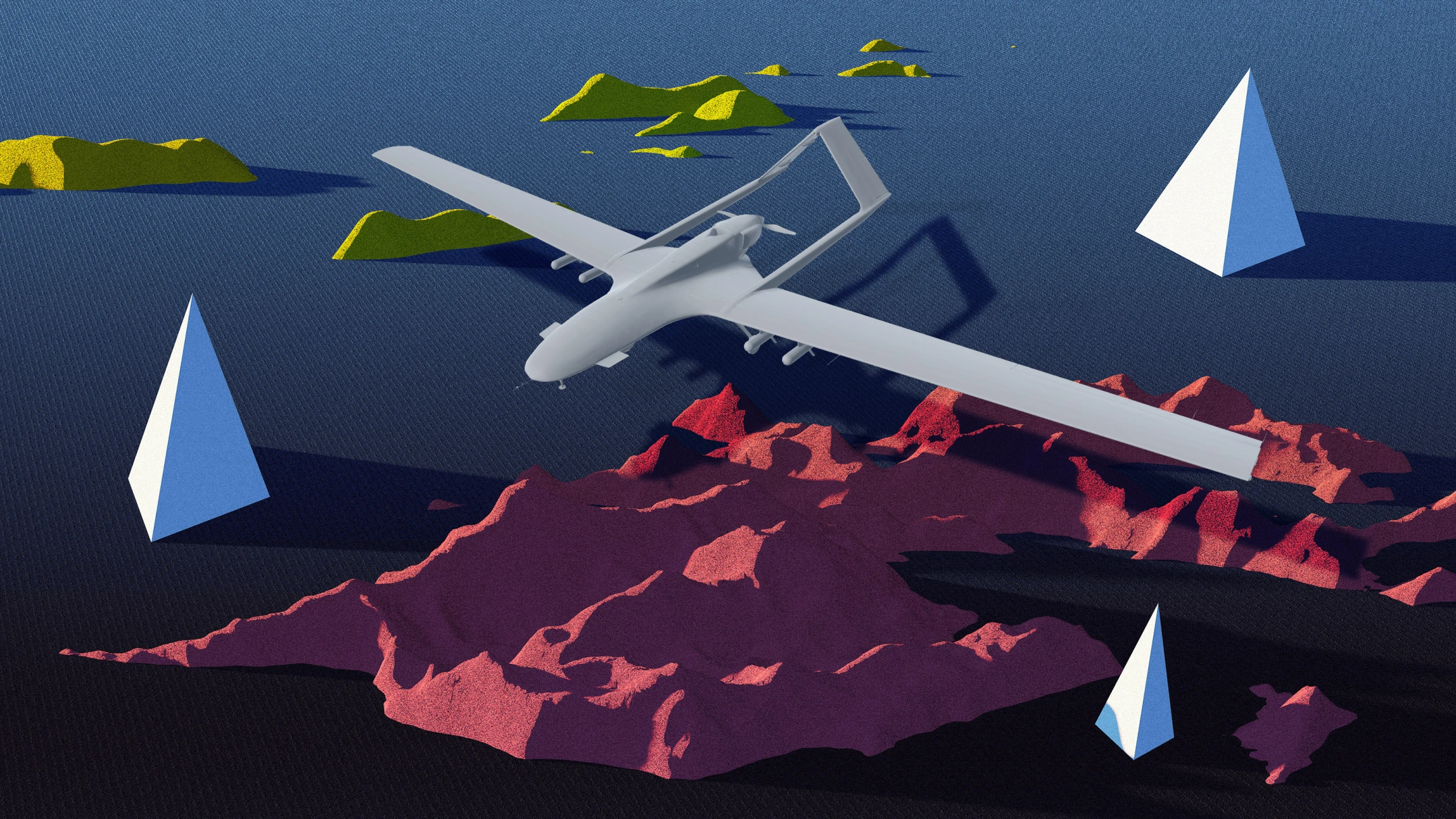 For decades, high-end precision-strike American aircraft, such as the Predator and Reaper, dominated drone warfare. The war in Ukraine, however, has been defined by low-budget models made in China, Iran, or Turkey. Their widespread use has changed how drone combat is waged and who can wage it.

Some of these new drones are off-the-shelf quadcopters, like those from DJI, used for both reconnaissance and close-range attacks. Others, such as the $30,000 Iranian-made exploding Shahed drones, which Russia has used to attack civilians in Kyiv, are capable of longer-range missions. But the most notable is the $5 million Bayraktar TB2, made by Turkey’s Baykar corporation.

The TB2 is a collection of good-enough parts put together in a slow-flying body. It travels at speeds up to 138 miles per hour and has a communication range of around 186 miles. Baykar says it can stay aloft for 27 hours. But when combined with cameras that can share video with ground stations, the TB2 becomes a powerful tool for both targeting the laser-guided bombs carried on its wings and helping direct artillery barrages from the ground.

Most important is simply its availability. US-made drones like the Reaper are more capable but costlier and subject to stiff export controls. The TB2 is there for any country that wants it.

Turkey’s military used the drones in 2016. Since then, they’ve been used in Libya, Syria, and Ethiopia, and by Azerbaijan during its war against Armenia. Ukraine bought six in 2019 for military operations in the Donbas, but the drones caught the world’s attention in early 2022, when they helped thwart Russian invaders.

The tactical advantages are clear. What’s also sadly clear is that these weapons will take an increasingly horrible toll on civilian populations around the world.