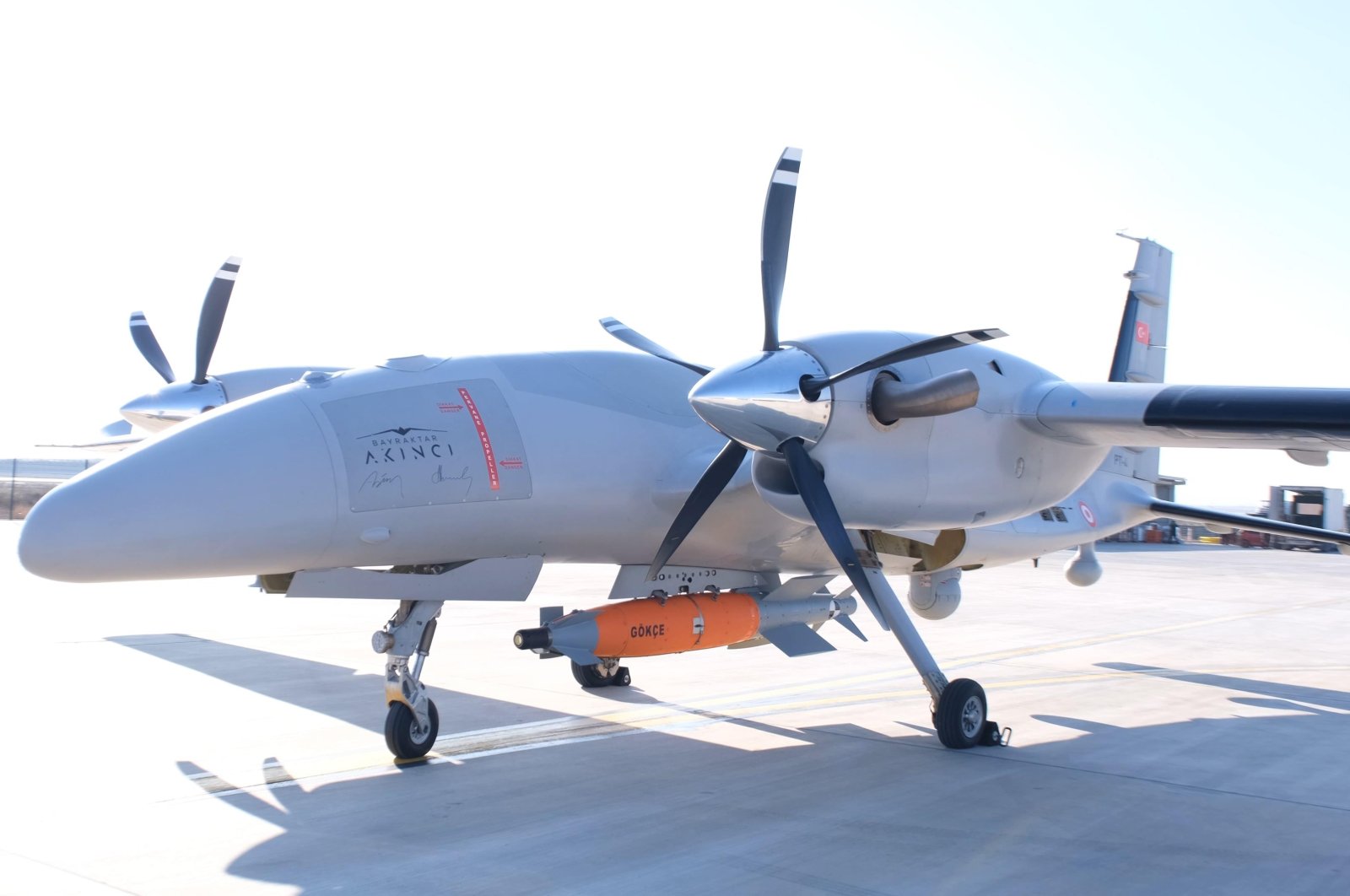 Akıncı hit the target with high precision with a 1,000-pound (about 455 kilograms) MK-83 bomb equipped with the guidance kit named Gökçe after taking off from a flight training and test center in northwestern Tekirdağ’s Çorlu district.

“Bull’s Eye,” wrote Selçuk Bayraktar, chief technology officer (CTO) of Akıncı developer Baykar, as he shared a video of the test on Twitter.

Developed by TÜBITAK SAGE, the new generation guidance kit engaged to the target that Akıncı illuminated with a laser from an altitude of 20,000 feet (6,096 meters), marking its first test on an unmanned aerial vehicle.

It comes just days after Akıncı successfully test-fired Türkiye’s first air-to-ground supersonic missile, the TRG-230, after hitting a target at a distance of over 100 kilometers (62 miles).

It added to multiple other ammunitions, including MAM-C/L/T, the TEBER-82 guidance kit, KGK-SIHA-82 wing-assisted guidance kit, LGK-82 and TOLUN miniature bombs, all of which have been successfully launched from Akıncı UCAVs.

Marking the most advanced and sophisticated drone built by the country, Akıncı was first delivered to the Turkish security forces in late August last year.

The UCAV joined the company’s Bayraktar TB2, which has been widely used and sold to various countries, including Ukraine, Qatar, Azerbaijan and Poland.

Akıncı is longer and wider than the Bayraktar TB2 and can perform strategic tasks. It has a 20-meter (65-foot) wingspan with its unique twisted-wing structure and is equipped with fully automatic flight control and a triple-redundant autopilot system.

Baykar says the Akıncı can attack targets both in the air and on the ground. It can also operate alongside fighter jets and fly higher and stay in the air longer than Turkey’s existing drones.

Bayraktar TB has been sold to 27 countries so far, while Baykar has signed export deals with five countries for Akıncı.

Exports constitute almost 98% of Baykar’s revenues this year. It says it has agreed to more than $1 billion worth of export deals with 18 different countries throughout 2022.