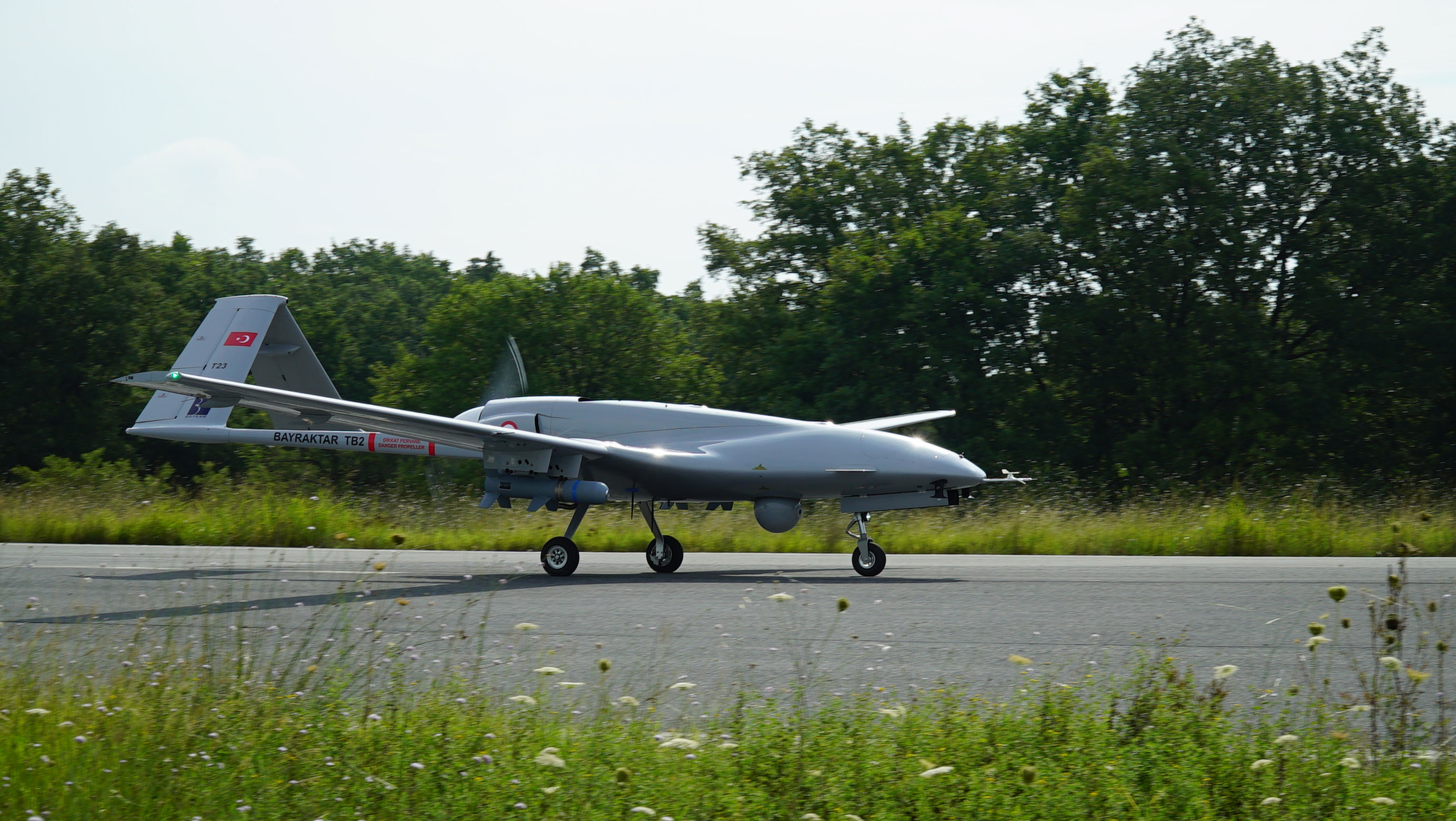 Bayraktar TB2 had entered service in 2014

Developed by Baykar the national UCAV Bayraktar TB2, which is the best in the world in its class when its technical features and operations are evaluated, entered the inventory of the Turkish Armed Forces (TSK) in 2014. The UAV initially armed in 2015 is currently in active service with Turkish Armed Forces, Gendarmerie General Command, General Directorate of Security and MIT.

Bayraktar TB2s, which is also the first UCAV to be exported by Turkey, are followed with interest by the world aviation and defense industry. The number of countries with export contracts for Bayraktar TB2 UCAVs reached 13. Currently, a total of 257 Bayraktar TB2 UCAVs continue to serve in the inventory of Turkey, Ukraine, Qatar, Azerbaijan and the countries to which delivery is made.

First UCAV export to a NATO and EU member country

Bayraktar TB2 UCAVs will be exported to Poland by next year, so for the first time Turkey will have exported a high-tech UCAV to a NATO and European Union (EU) member country.

Realizing its first national UAV export in 2012, Baykar achieved great success in the defense industry. Last year, most of Baykar's revenues were obtained from the 360 million dollars of exports of its UCAV systems in 2020. Baykar also earned more than 80% of its revenues from exports in 2021.

Since the early 2000s Baykar has developed its own hardware and software systems for its UAVs. With its team of Turkish engineers in 13 different disciplines the company has shown itself to be one of the leading technology companies in its field. 93% of all the parts of Bayraktar TB2 UCAVs are produced domestically at Özdemir Bayraktar National UAV R&D and Production Campus in Istanbul.

Bayraktar TB2 broke the endurance record by flying non-stop for 27 hours and 3 minutes in challenging geographical and climatic conditions such as high temperatures and sandstorms during the demo flight it participated in on July 16, 2019 in Kuwait. It also broke the Turkish altitude record for its class with 27030 feet as well as being the longest serving UCAV in Turkey with 400 thousand flight hours.

Bayraktar TB2 left its mark on domestic and international operations

Bayraktar TB2 played a major role as a playmaker in the Hendek, Euphrates Shield and Olive Branch operations carried out by the Turkish Armed Forces inside and beyond the border. Defense experts stated that the operations ended much sooner than expected and one of the most important factors in fewer casualties was the domestically produced UCAVs.

These UCAVs also provided aerial protection for the drilling ships, Fatih and Yavuz, operating in the Eastern Mediterranean. Bayraktar TB2 UCAV, which took off from Dalaman Naval Air Base Command and landed at Geçitkale Airport on 16 December 2019 to be deployed in the TRNC for missions within the same scope.

After the 6.8 magnitude earthquake in Elazığ Sivrice, Bayraktar TB2 UAVs were deployed to the region within 25 minutes to provide aerial video information for emergency response services and command centers for the earthquake affected provinces. Bayraktar TB2 UAVs not only supported the search and rescue efforts from the sky, but also served to control the heavy vehicle traffic after the earthquake to ensure the disaster aid continued without interruption.

Bayraktar TB2s also made important contributions to saving the lives of many irregular migrants and documented human rights violations by following the ongoing irregular migration movements in the Aegean and Mediterranean from the sky.

Bayraktar TB2 contributed to the success of the Turkish Armed Forces in Operation Peace Spring by greatly increasing the reconnaissance and surveillance capabilities. For the first time in the Spring Shield Operation, Bayraktar TB2 UCAVs flew as a squadron and destroyed many armored vehicles, howitzers, Multiple Barrel Rocket Launchers (MLRA) and air defense systems. Bayraktar TB2 carried out 80 percent of all sorties made by aircraft participating in Operation Spring Shield. These UAVs successfully flew over 2000 hours during the operation despite the opposing electronic warfare. Its success in Operation Peace spring made waves in international news.

An important role in the liberation of Karabakh

Bayraktar TB2 UCAVs also played an important role in ending the 30-year-long occupation of Karabakh. Azerbaijan launched a military operation into Nagorno-Karabakh, occupied by Armenia, on September 27, 2020. On November 10, 2020, 44 days after the start of the operation, the Azerbaijani Army ended the occupation of Armenia and took Nagorno-Karabakh under control. During the operation against Armenia, the Azerbaijan Army used Bayraktar TB2 UCAVs on the front lines. Bayraktar TB2 UCAVs destroyed many air defense systems, radar systems, tanks, armored vehicles, trucks, arsenals, and units belonging to the Armenian Army. This swift success of Azerbaijan's Army, which surprised the world, was interpreted by the world media and defense experts as the Turkish UCAVs pivotal moment in changing the way wars are fought.